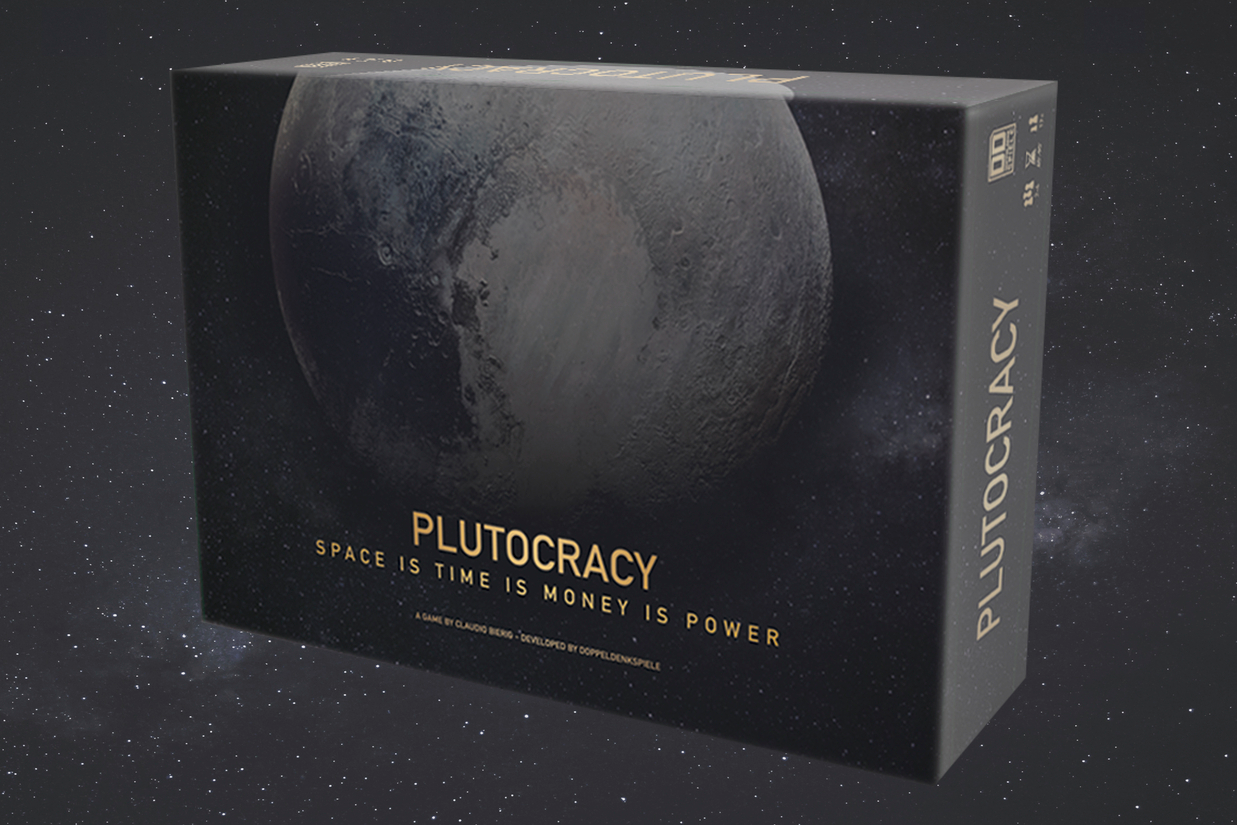 In Plutocracy, 2 to 4 players each lead one of the big trading corporations and will travel from planet to planet to buy and sell resources. By selling at a higher price than buying, players will earn money (Space Euros S€).
They need S€ to buy seats in the planetary parliaments.
In each of the 3 elections during the game, players that have a majority in a planetary parliament will send Councilors to the Plutocratic Council.
Equally important as the elections are the Societies on Earth: players that meet the conditions to join them while on Earth may also send Councilors to the Plutocratic Council.
The ultimate objective of each player is to have the most Councilors in the Plutocratic Council at the end of the game.

Europe, crisis, national bankruptcy..., but don't worry:
In €uro Crisis you are the boss of a bank, gambling with central bank money and snatching state property.
Persuade politicians to implement to avert a debt haircut and just care about the fate of Europe if it benefits your bank.
But beware, states can fight back - uprisings by harassed populations pose a constant threat to hard-won state property.
€uro Crisis is a tactical as well as a satirical board game for 3-4 players about the financial crisis in Europe.
Auctions, simultaneous selection of actions, and the impossibility to feather your own nest are the three main features of this crisis.
More Information